This page is motivated by two factors. First off all if you don't ship your projects and nobody knows them you will forget them yourself. After some years you will recognize that you have done nothing. Really nothing? Not if you remember. So you should have an archive or some documenting overview of everything you achieved. That makes you feel much better. The next step - putting this documentation to the web - helps you to get connected with others doing the same stuff as you did.

My second motivation is that I found many interesting things about some techniques on exactly such pages from other hobby demo/game developers. I liked to consume the knowledge contained in these sites and I would like to share my experiences with others, in the hope that you will find this page as useful as I found other ones. 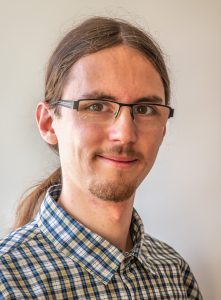 For some reason I had liked to implement a computer game by myself at a point where I rarely played any game at all. With fourteen (2004) I got my first own computer and immediately started to learn programming. After 4 weeks of experimenting with some Delphi 5 example applications I started to write a role play game (Keltic I). To some extent it was a very great success. I have a page where you can look on it.
After two years (2006) I thought that I would need much more time to refactor my old, bad code than to restart with my now larger experience in programming. But restarting is also a chance to do something new. In this case I started to learn C++ and extended the idea of the role play game to 3D (Barad Garth).
During this project I got lost in the opportunities of 3D graphics. I decided to write a well optimized engine (Orkteck-Engine) beside the game. Here, I started to write content generators for maps and my first generator for trees.
2009 my bachelor studies started. It consumed more time than expected and progress in game and engine became slow. I wrote a deferred renderer and further stuff until I stopped working on the Orkteck-Engine. I switched to demos afterwards to have a higher rate of finished projects. Beside the demos I have written some other small projects with some guys from Acagamics. 2013 I started a smaller 3D game (Sagaramatha) with the goal to write a playable game and not just a demo. In its final state it has four levels and is only 79KB large - everything procedurally generated.
The history of projects goes on. There followed a lot of smaller games on Game Jams made with other people on single week ends (48h), some of them polished and bug-fixed in the days after a game Jam. Just have a look on my projects page.
After master degree I got a job at the university. Currently, I am working on my PHD, have a 40h job and a small child. All this throttles the hobbyist game programming stuff. I am still doing projects, but the rate of blog posts reduced dramatically.