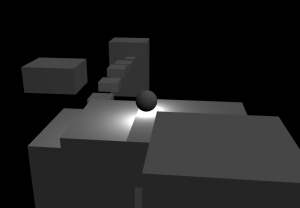 Sagaramatha is a 3D puzzle and explore game I started to develop on the GGJ13 (Global Game Jam 2013). At the end of the 48 hours there was a playable prototype - 3D and with physics!

Download: Saga (Win, 80KB) The download contains a readme with the key configuration and other hints you should read before playing. 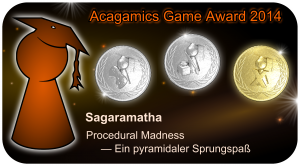 Current state from 2015/01/14: In the proceedings of the first AcaGameAwards (December 2014) the game was pushed further. I added more content, achievement systems level timings, particle systems. Also the old todos from former state reports were mainly handled. There is still music missing and space for more and improved levels.

The Jury liked that game and played it for hours. So even with only 5 levels it provides a kind of long term motivation, but be warned: it is hard.

Current state from 2013/11/14: After the start of the next semester and the fact that I am working alone at this project the development of this game goes to sleep. Still, there are some new features and I probably will add some other in feature:

Current state from 2013/09/11: I added a lots of lightning effects which improved the visual appearance as much as the executable-size (46KB). Last month I also added level files and a dynamic reload. This allows to place objects interactively! It is planed to use a compressed binary format for the release. So the map-file size does not matter. 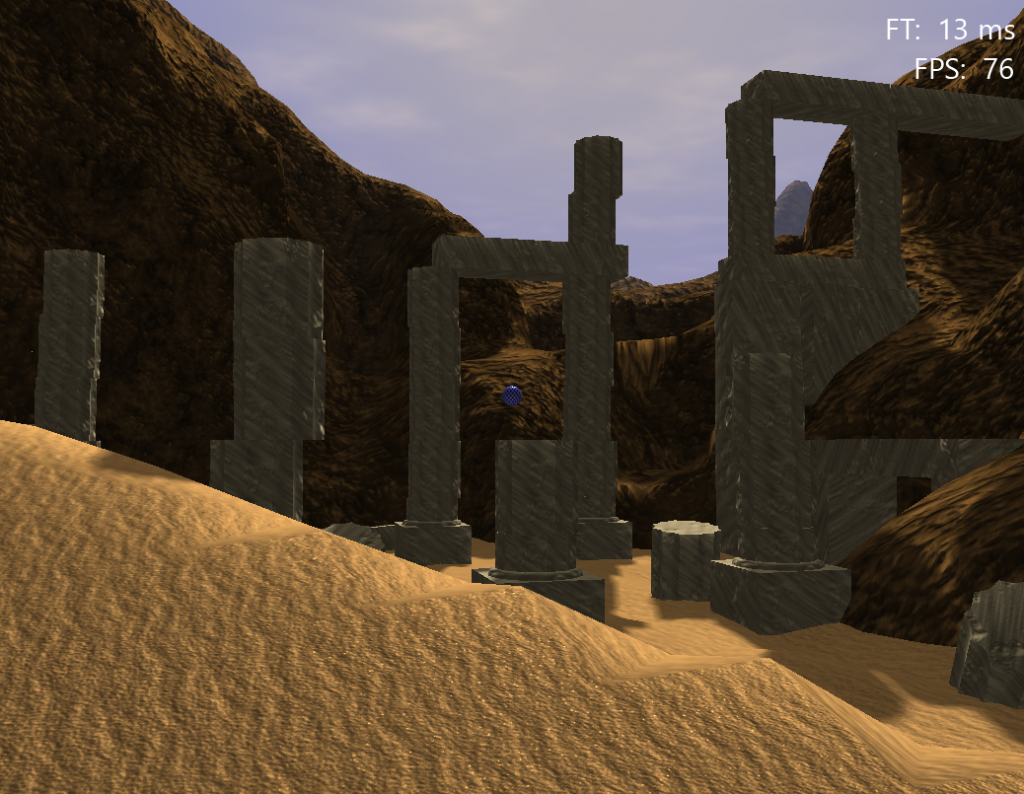 Technical details and some more screen shots can be found in the following posts: